On a sunny winter’s day – shimmering light on the water, an upbeat fisherman casting off a wooden fishing pier, a couple sitting side by side on the shore – Frances Clark headed through the area’s wilderness Cook’s hobby on a path she has traveled. almost 27 years old and stressed that everything she feared could be lost.

Nearly 300 acres of public land and waterways along the eastern shore of J. Percy Priest Lake in the Hermitage neighborhood are set to be leased to a commercial vendor as part of a plan for the US Army Corps of Engineers. The Corps is seeking proposals for the “development and operation of a major commercial concession” to provide snack bars, cafes and restaurants, boat ramps, kayak and canoe rentals , classrooms, camp store, swimming pool, and improved hiking and fishing areas.

The plan calls on vendors to “provide quality recreational facilities and services at reasonable prices to meet public demand, while allowing entrepreneurs to make a fair profit.”

About a 20-minute drive from downtown Nashville, Recreation Areas remains one of the largest accessible, undeveloped areas on the shores of a lake that has already seen large-scale public-private partnerships transform the landscape and block easy access to water.

The US Army Corps of Engineers is seeking proposals to develop a “Major Business Concession” that includes cafes, boat launches, kayak and canoe rentals, and a camping store. Opponents say the plan shrinks shrinking green space in the growing Nashville area.

Among them: the Nashville Shores, a 385-acre parcel leased to amusement park investors in the 1980s, open to the public for a $40 admission ticket, and Sun Life Marina (formerly Elm Hill Marina), with a private nautical club, restaurant and leisure area.

“Nashville has seen so much development and we see that as a bull’s eye on where they want to send all these people,” Clark said, walking through the woods while pointing out a centuries-old stone wall that marked once the property lines of farmland, a towering tree where she had finally captured a photo of an elusive fuzzy brown owl, the sandy beach where her children and grandchildren played.

The plans are opposed by local residents like Clark and his family, who are leading a public awareness effort, and opposition through a new Cook’s Friends Recreation Area.

A petition opposing the plans was presented to the Corps last week, signed by more than 1,000 in the past week. Almost all the houses in the neighborhoods along the road leading to the recreation area have lawn signs opposing the plan. The Tennessee Wildlife Resources Agency stepped in, urging the Corps to scrap the plan, in part because visitors would instead be forced to head to Seven Points or Vivrett Creek, access points along the lake that already have water issues. parking and overcrowding, a letter from the agency said.

The Metro City Council also weighed in, passing a resolution asking the Corps to keep the recreation area public. And Mayor John Cooper also added his voice, encouraging the US Army Corps of Engineers to “seek solutions that minimize environmental impacts, conserve natural resources, provide free public access, and align with community interests.” and the desired uses of the space.”

“We need more green space that can be used for activities such as hiking, walking, jogging, boating, swimming and bird watching,” Cooper’s office said. 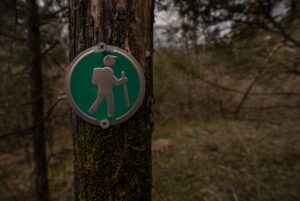 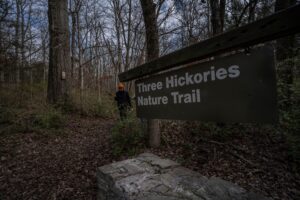 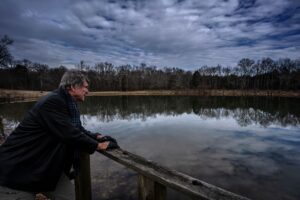 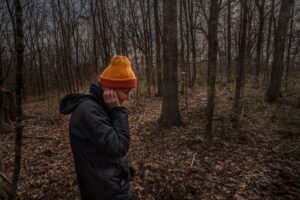 But the ultimate authority for land use remains with the Corps, which was authorized by Congress to manage the lake, a reservoir created from the damming of the Stones River in the 1960s.

The Metro Council, the mayor and the local resident have “no authority to thwart a federal agency,” Cooper said.

Corps officials say one of the main goals is for private investment to restore a now-defunct campground that it lacks the funds to maintain. After a public denial, the Corps noted publicly that “the initiative does not open the door to an additional marina or water park.”

“The U.S. Army Corps of Engineers Nashville District will determine if there is a candidate who demonstrates the ability to meet recreational needs while preserving the environment,” Freddie Bell, Nashville operations manager for the Corps, said in an email last week.

The Corps considers applications from vendors willing to pay around $10,000 to $13,000 per month to survey the area and invest in equipment. The bidders have not been made public. The Corps is expected to complete its evaluation of the offers by Feb. 28, Bell said.